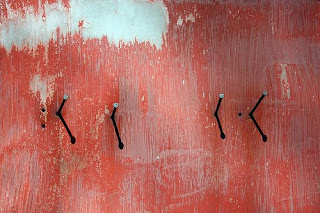 When I confronted my daughter after she hurt another child with a mean comment, she cried and immediately wanted to apologize. That was a good thing, but I wanted her to know an apology can't always make things better.

I told her the parable of Will, a 9-year-old whose father abandoned his mom two years earlier. Will was angry, and he often lashed out at others with hurtful words. He once told his mom, "I see why Dad left you!"

Unable to cope with his cruel outbursts, she sent him to his grandparents for the summer. His grandfather's strategy to help Will learn self-control was to make him go into the garage and pound a two-inch-long nail into a four-by-four board every time he said a mean thing.

For a small boy, this was a major task, and he couldn't return until the nail was all the way in. After about ten trips to the garage, Will began to be more cautious about his words. Eventually, he even apologized for all the bad things he'd said.

That's when his grandmother stepped in. She told him to bring in the board filled with nails and instructed him to pull them all out. This was even harder than pounding them in, but after a huge struggle, he did it.

His grandmother hugged him and said, "I appreciate your apology, and of course I forgive you because I love you, but I want you to know an apology is like pulling out one of these nails. Look at the board. The holes are still there. The board will never be the same. Your dad put a hole in you, Will, but please don't put holes in other people. You're better than that."